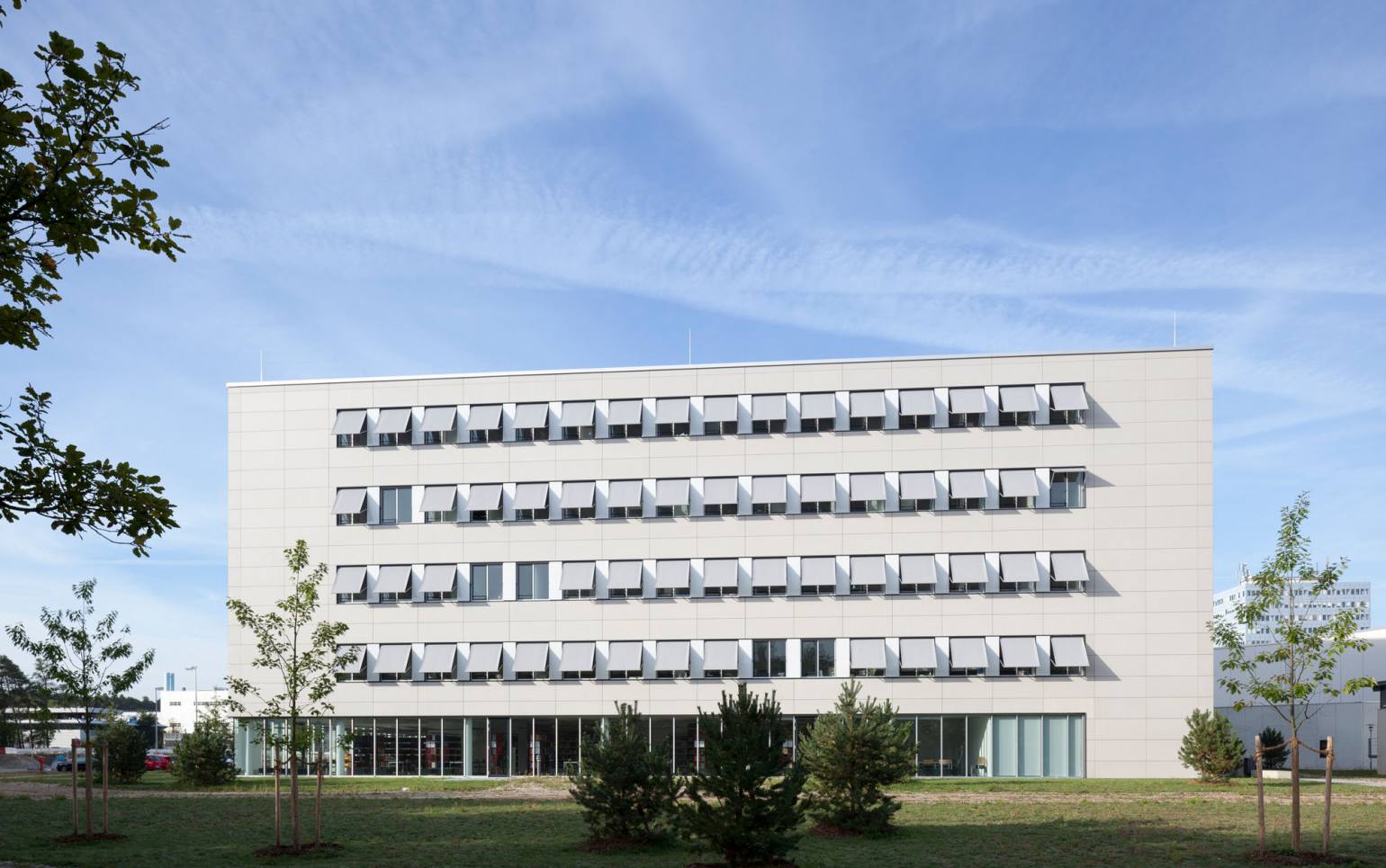 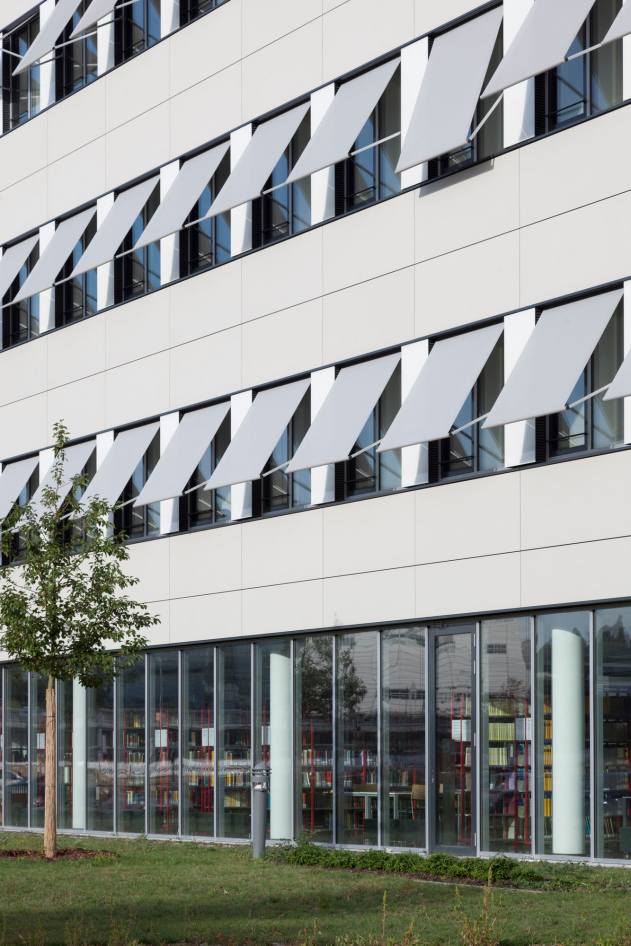 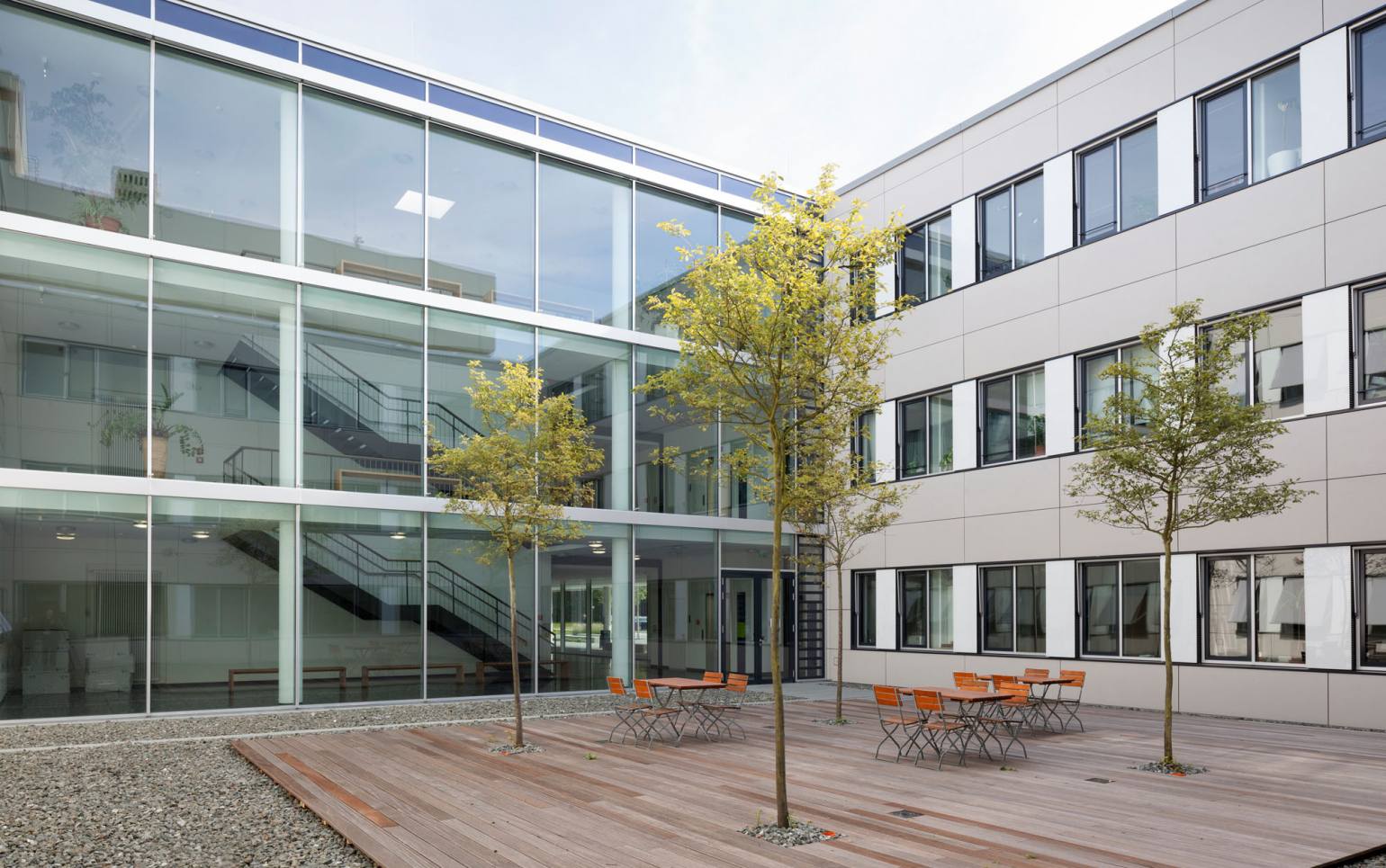 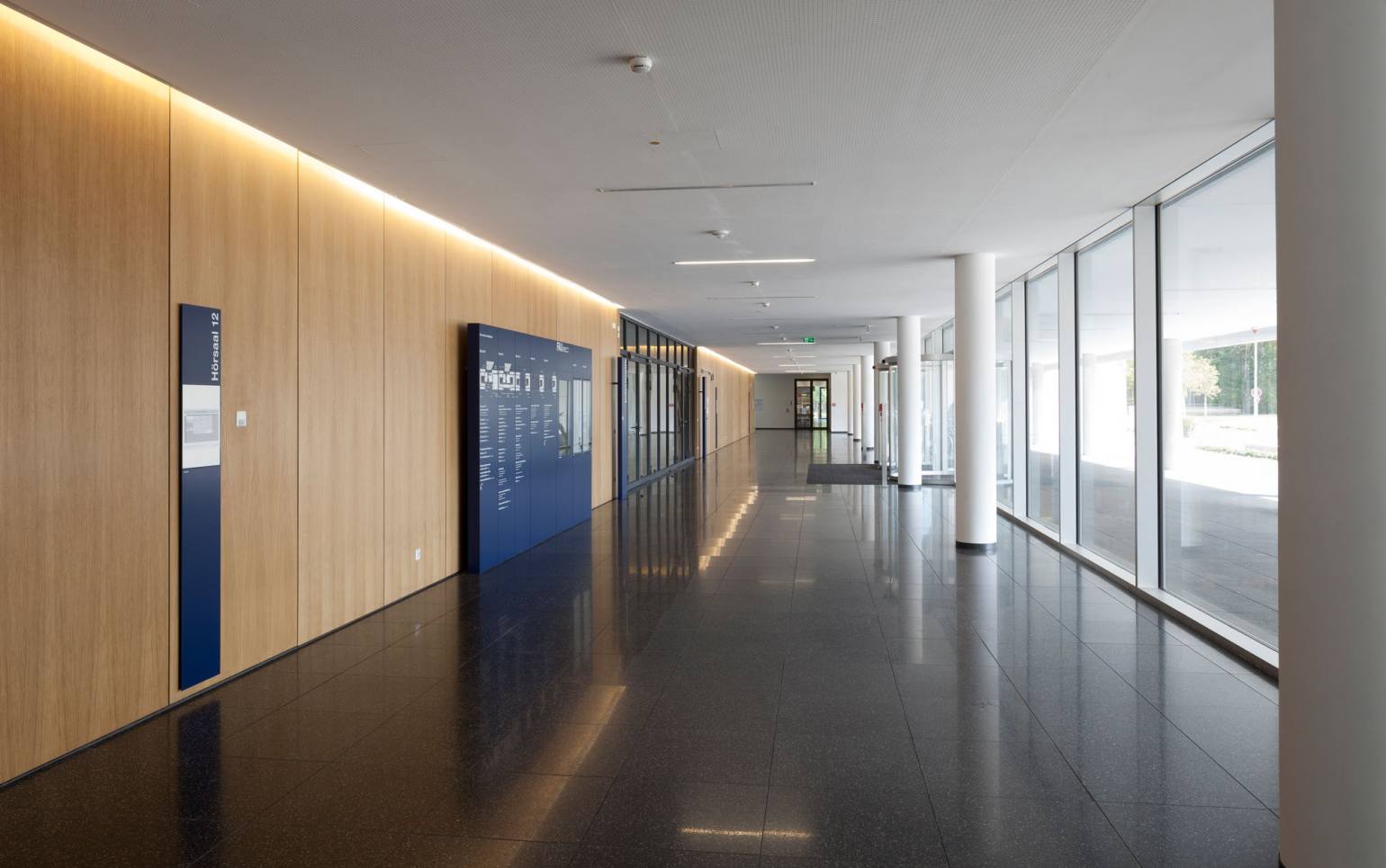 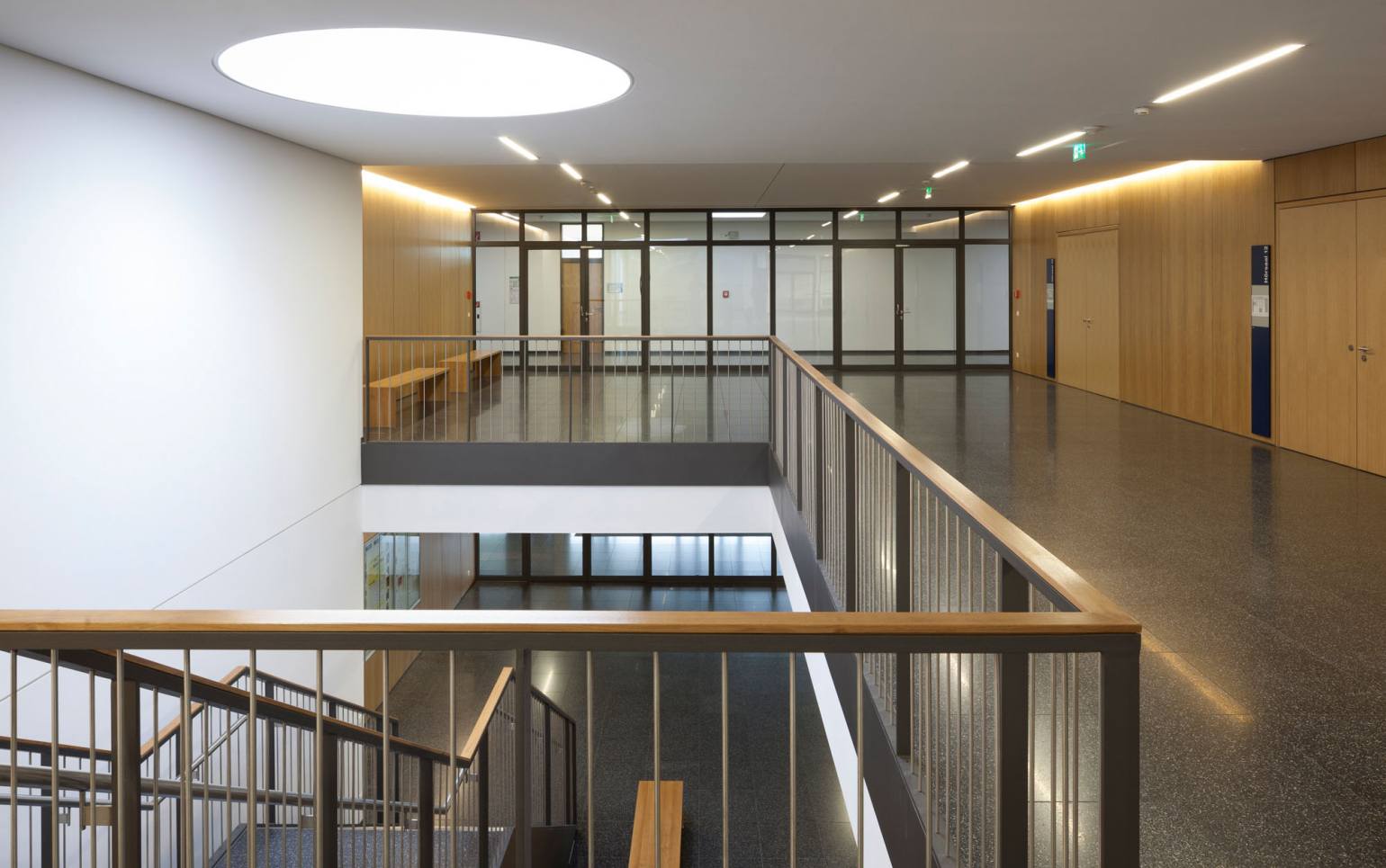 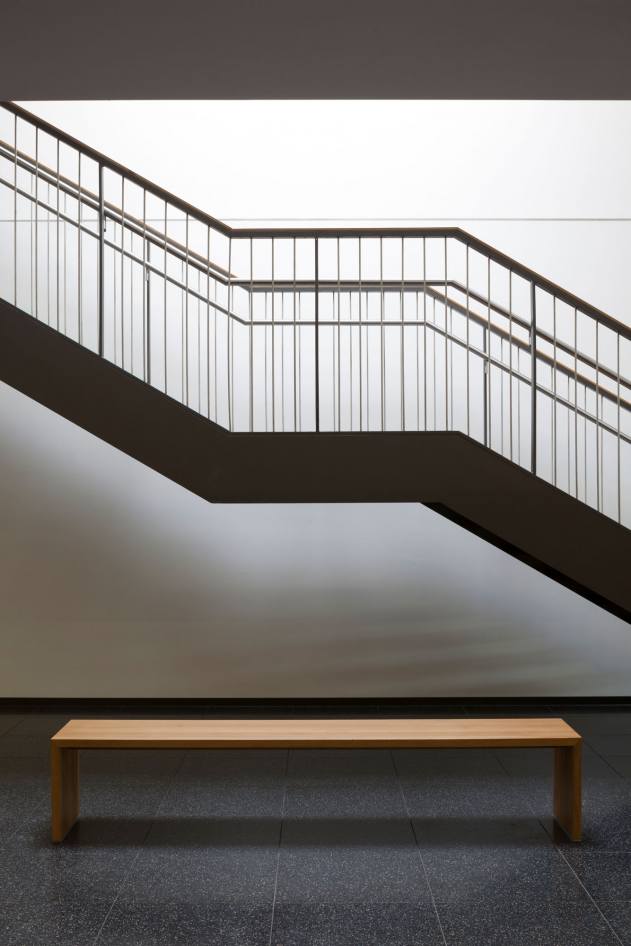 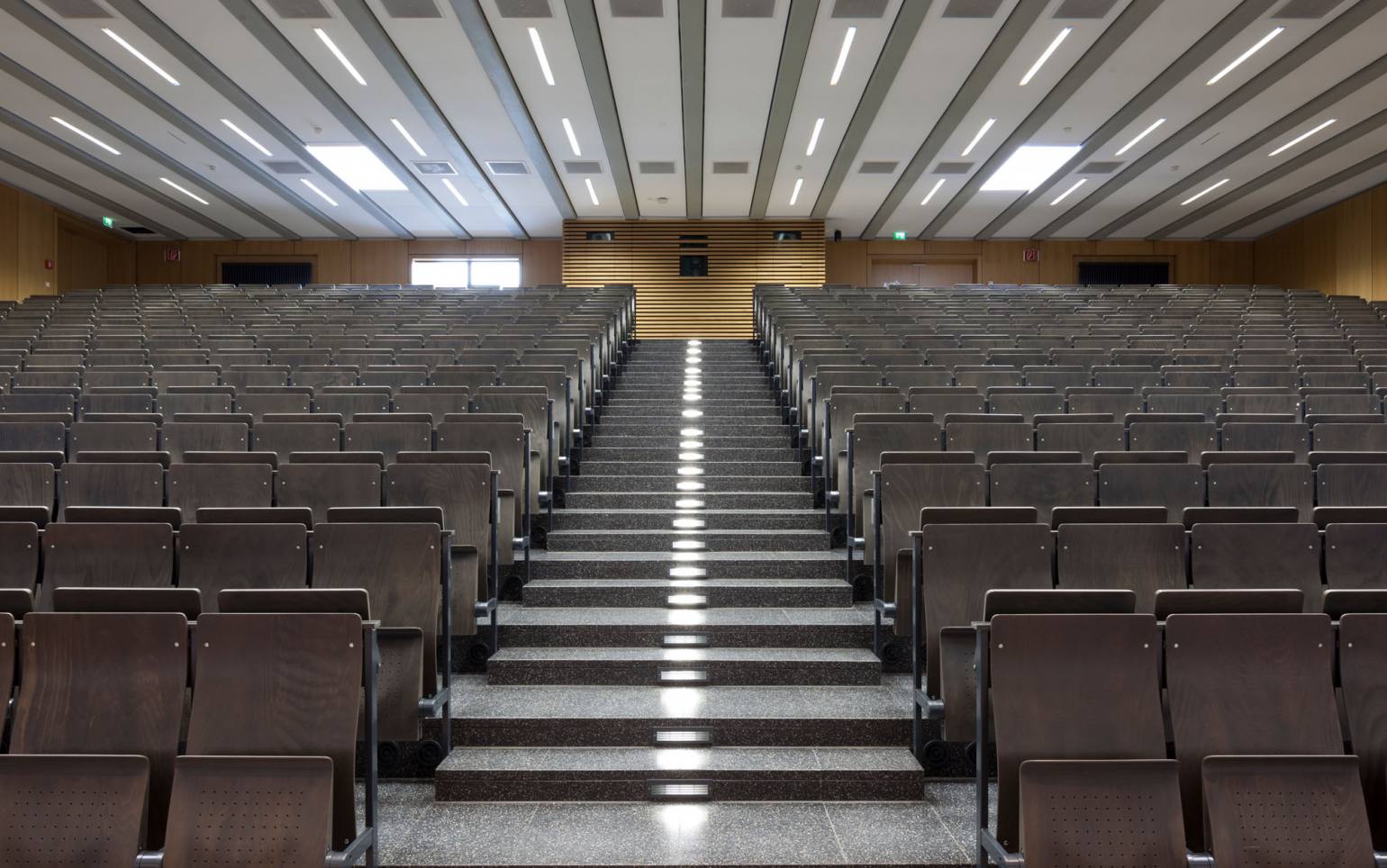 The new construction on the university campus in the south-east of the city of Erlangen was created within the framework of a programme called "Bayern 2020". It provides space for twelve professorial chairs, lecture theatres, tutorial and seminar rooms as well as library areas.

The construction is composed of three structures: the Institute of Computer Science, the Institute of Mathematics, and a middle structure joining the two and containing an auditorium area with jointly used seminar rooms. Direct linkage to the neighbouring canteen/auditorium/library building has created a large "auditorium centre". The new construction continues the prevailing arrangement of buildings on the campus and follows the surrounding urban planning and grid typology of solitary institutional buildings that have integrated themselves in the pine forest within individual tracts of land. The height of the five-storey section of the building also identifies a second new entrance situation to the entire campus. Access to the two institutes is realised via a generous forecourt and common foyer area. The circulation within the analogously designed structures relies on a glazed stairwell located adjacent to the inner courtyards.

The same design themes – a horizontally structured façade with light grey glass fibre concrete panels and ribbon windows shaded by inclined blinds – are apparent in both the three- and five-storey building. The ribbons are interrupted by glass elements, which serve for night-time cooling. Horizontal glass louvres of the middle structure can be seen as a connective element, while at the same time accentuating the solitary character of the two cubes differing in height. The cool colour design of the façade is contrasted by extensive use of oak wood panels in the interior.