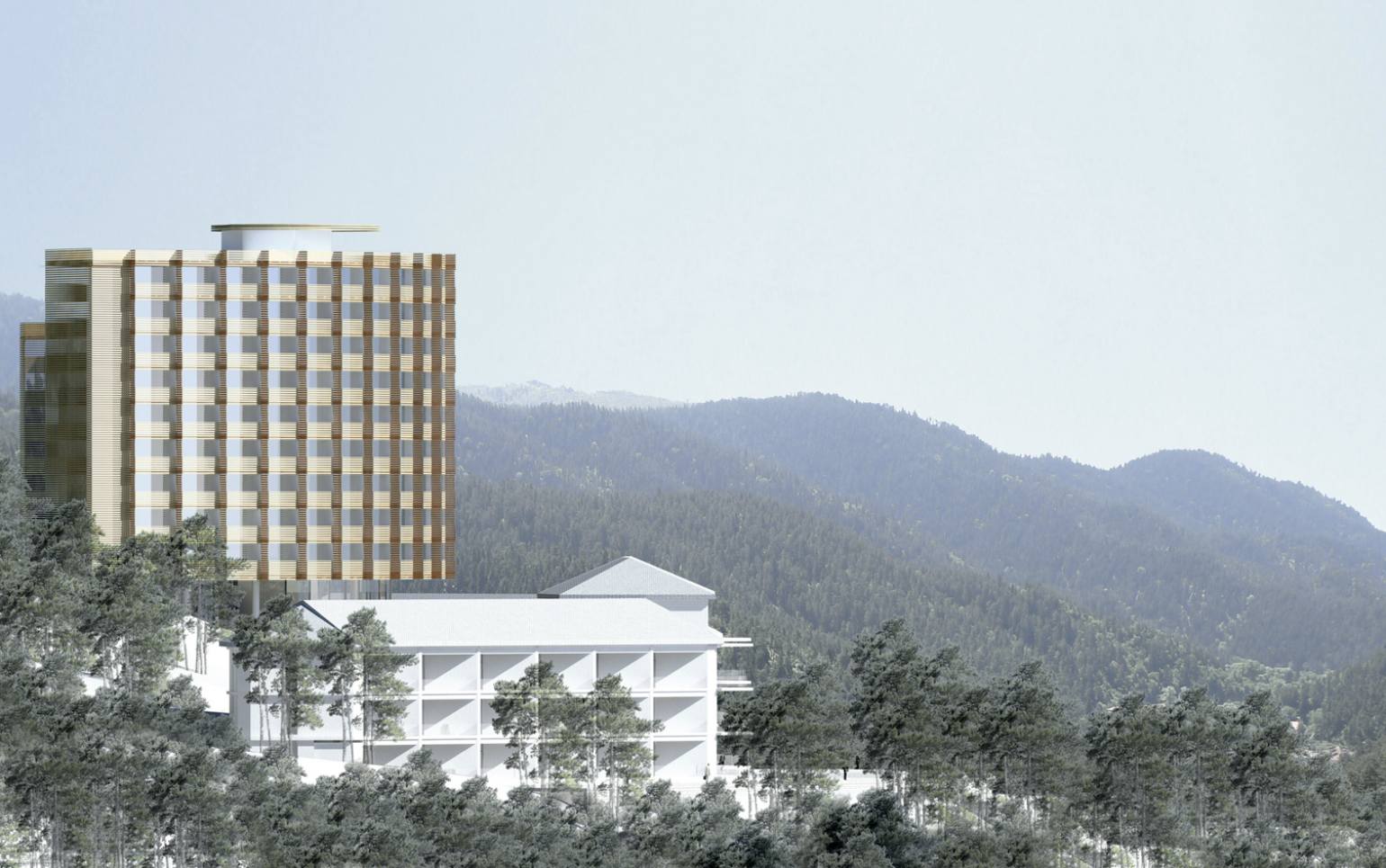 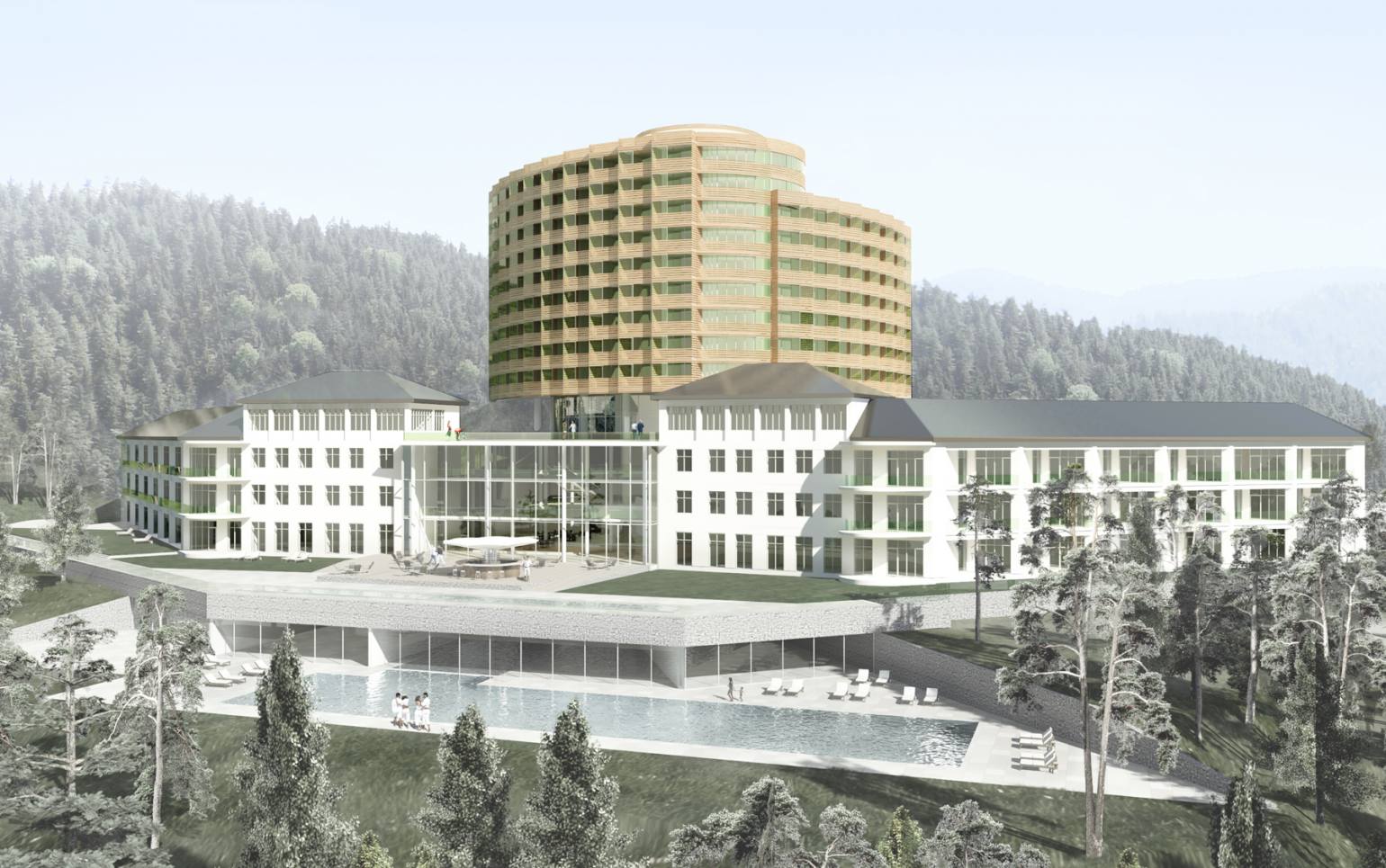 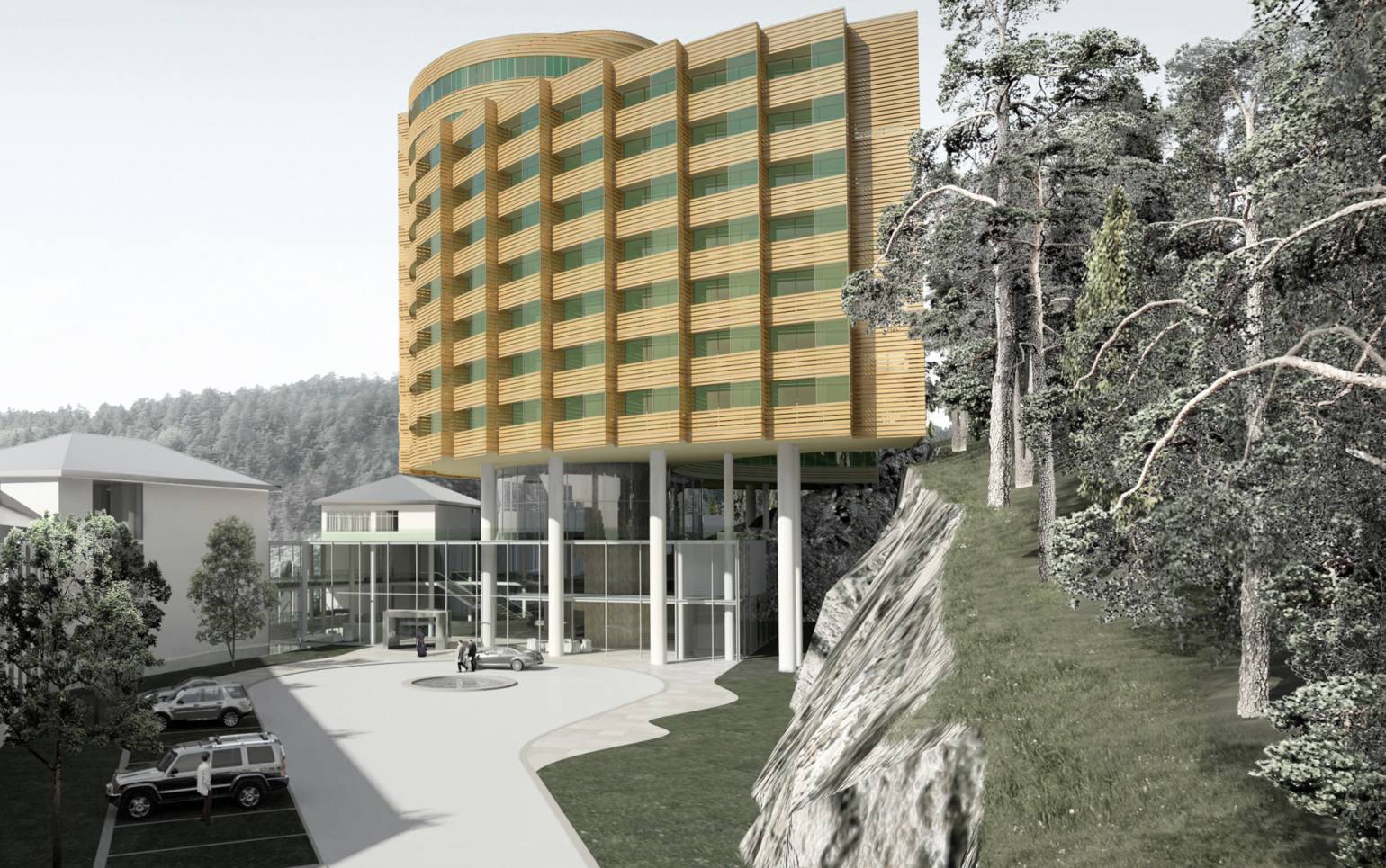 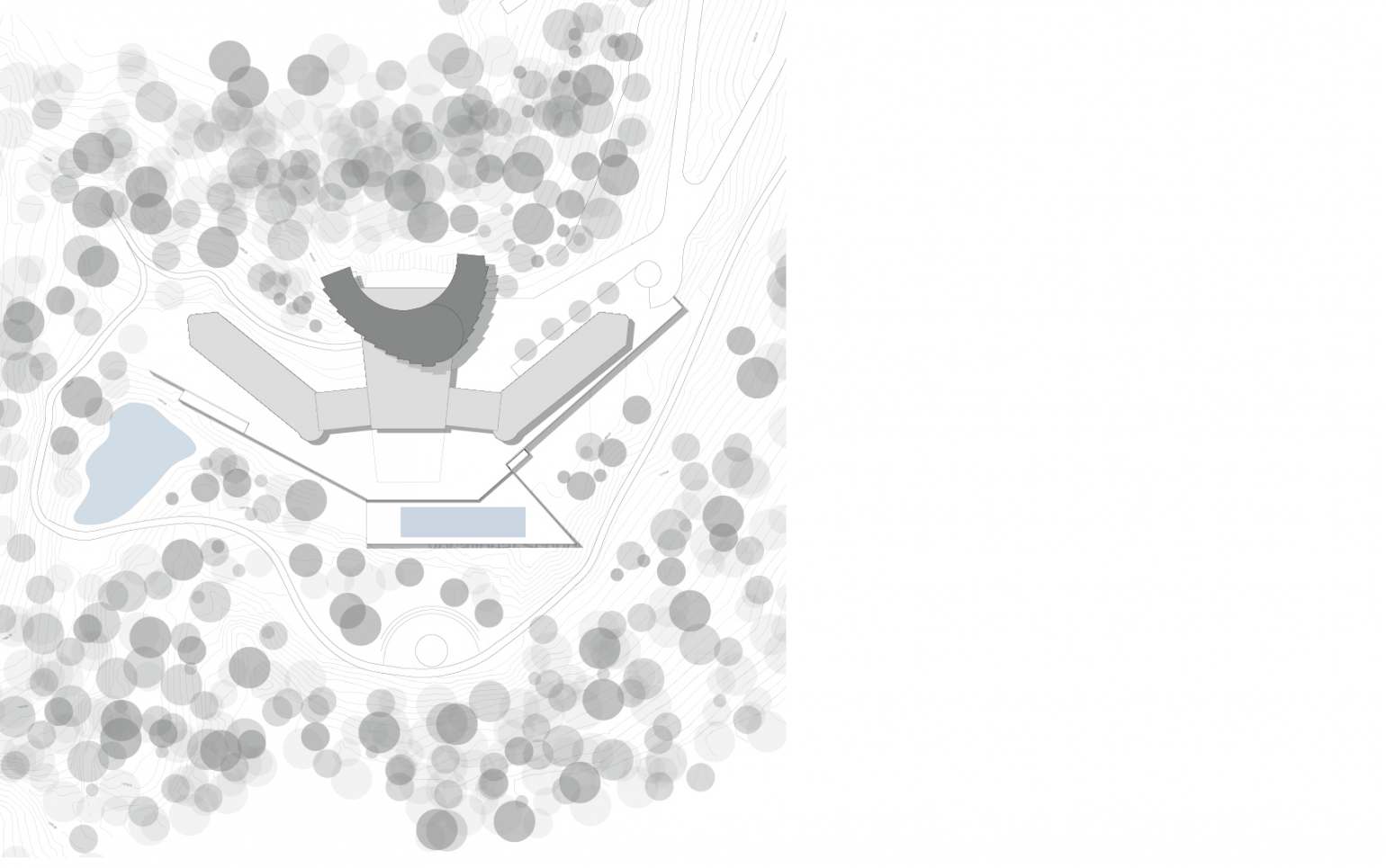 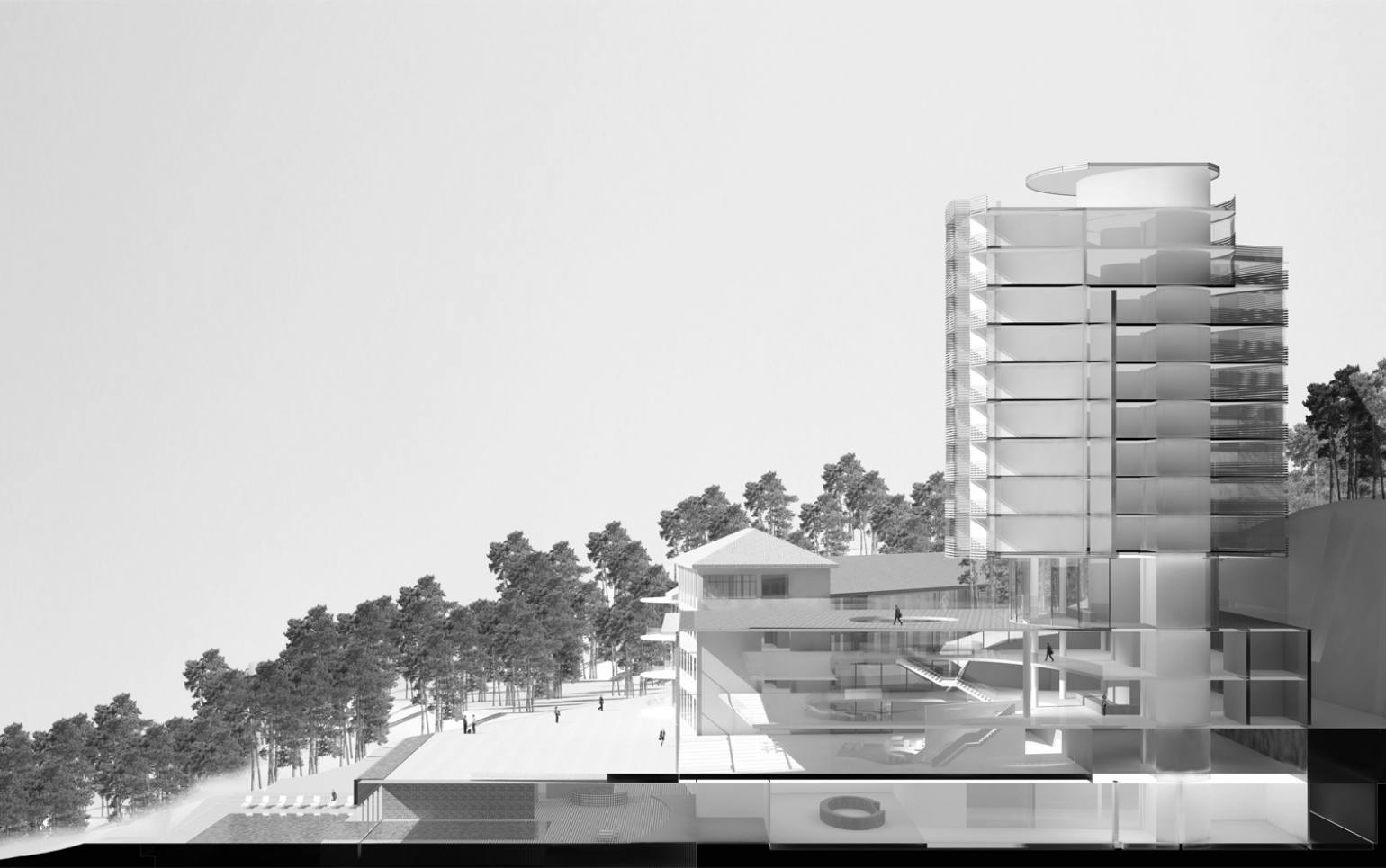 Various considerations influenced the design proposed for the extension of the Aghobili Hotel in Abastumani. These included retention of the tradition and ethos of the place, creation of a respectful dialogue between old and new in a regional cultural and architectural context, minimum intervention in the surrounding forest and landscape, and formulation of an individual architectural expression – a landmark – as a visible sign and motor for the reactivation of Abastumani as a climatic spa.

A primary objective was the development of a design that could turn the existing building fabric into a notable first-class hotel without implementation of drastic measures. The central structure of the original complex, destined for demolition on account of its poor condition and inadequate functional connection, was to be replaced by a new entrance building and hotel extension with a tower, while the side wings and their existing room structures were to be retained.

The central facilities are accommodated on several levels: situated above a wellness area with pool and access to the hotel park, is a restaurant with a large panorama terrace and open stairs leading to the hotel lobby with driveway and reception, as well as a gallery level with conference rooms. The new "Aghobili" is characterised by a sickle-shaped hotel tower, which rises up over a roof terrace deck with a café and a magnificent view. Resting on tree-trunk-like columns, the landmark tower floating above the original hotel structures contains 150 deluxe rooms on a total of nine storeys. The wooden slat cladding harmonises with the nearby forests, while contrasting with the existing plaster-finished buildings.