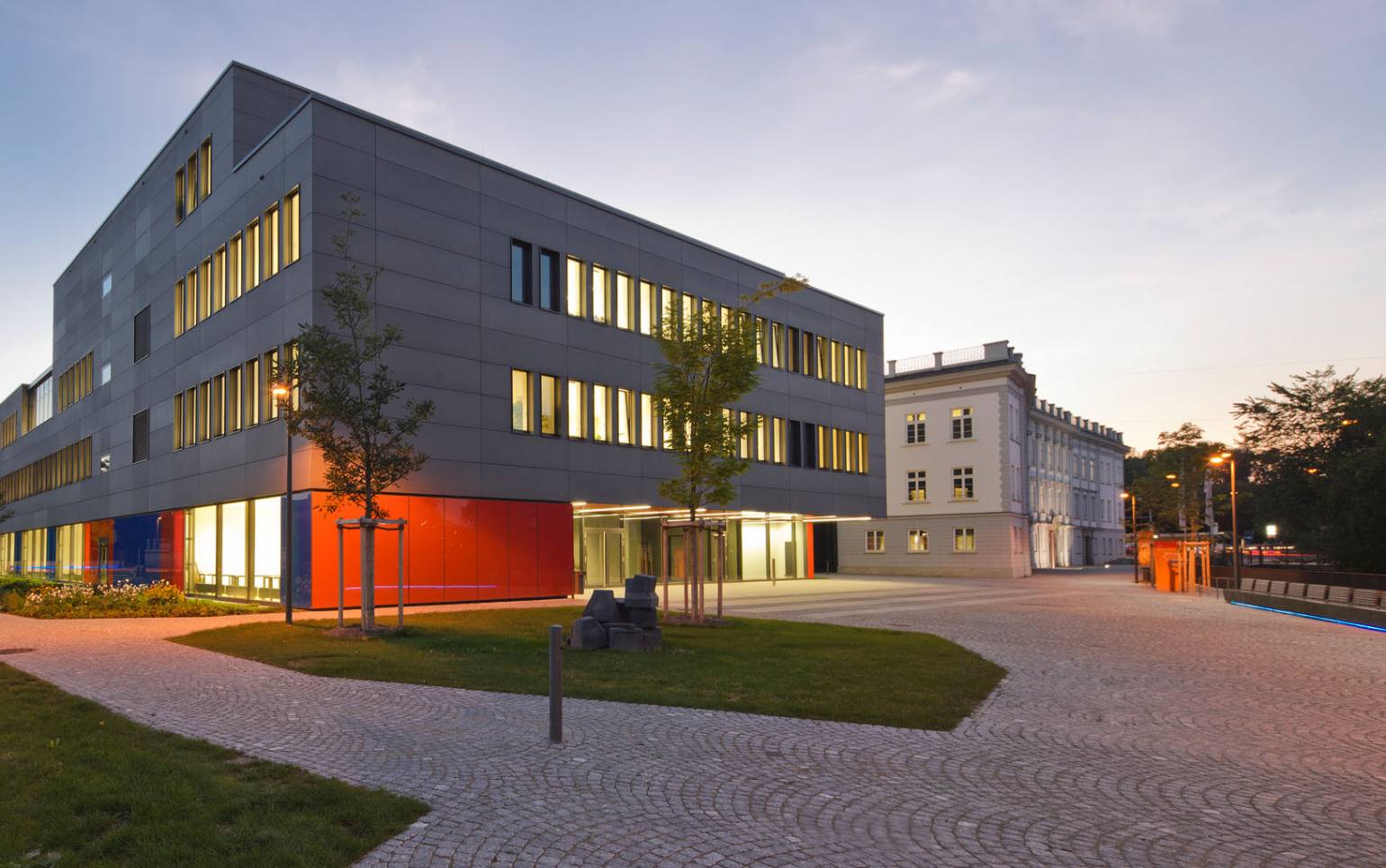 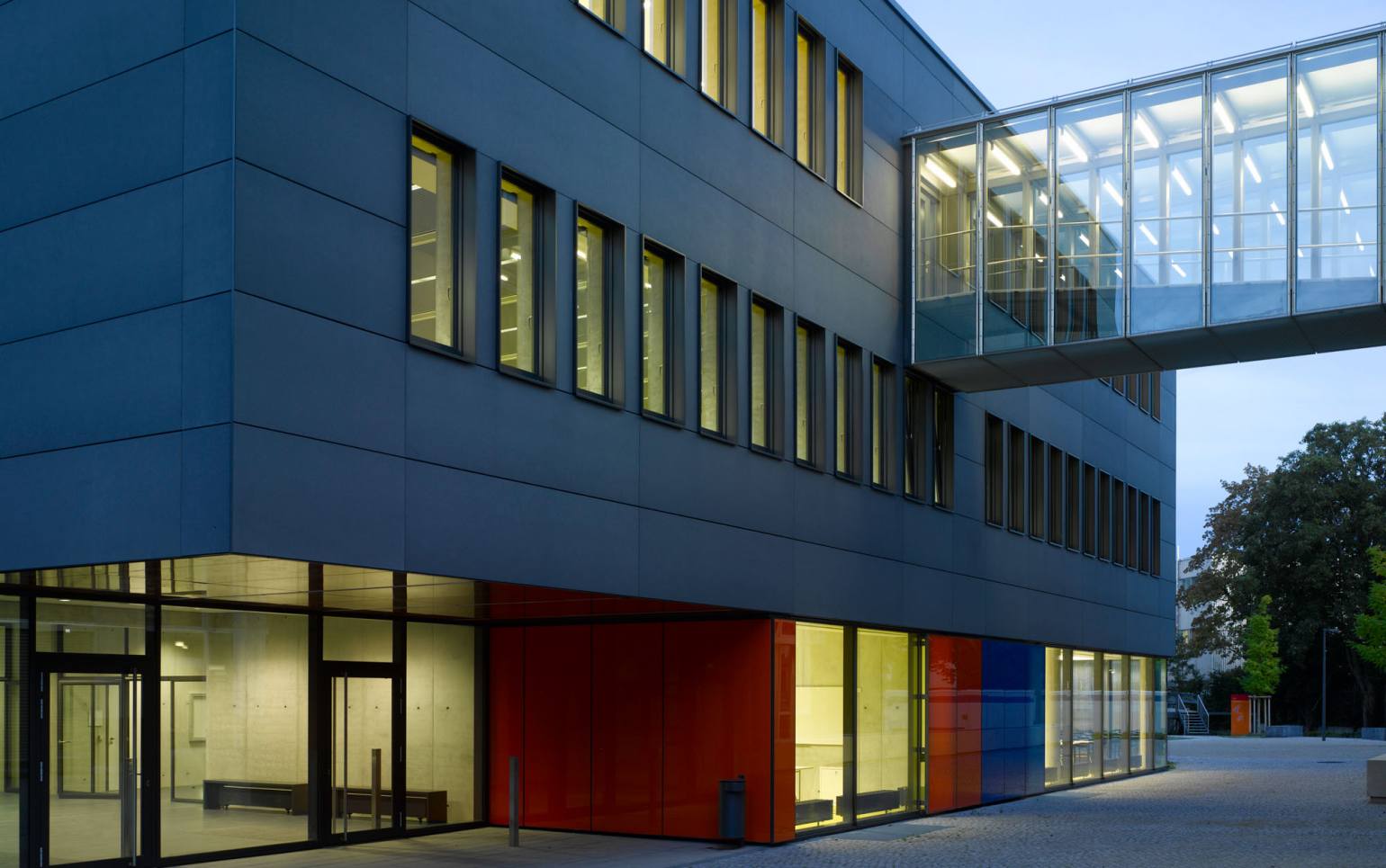 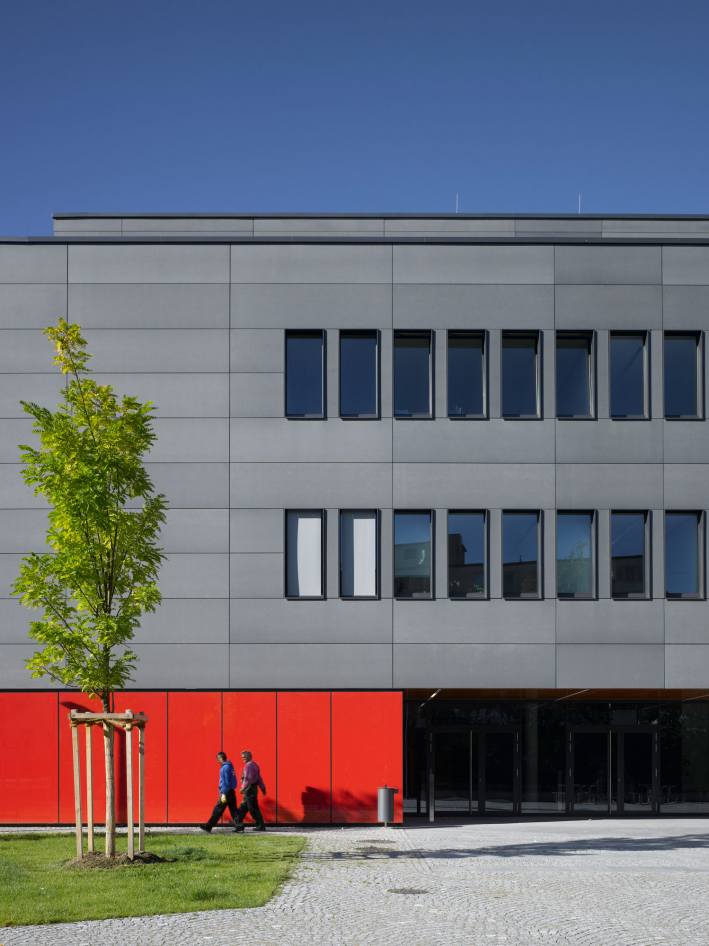 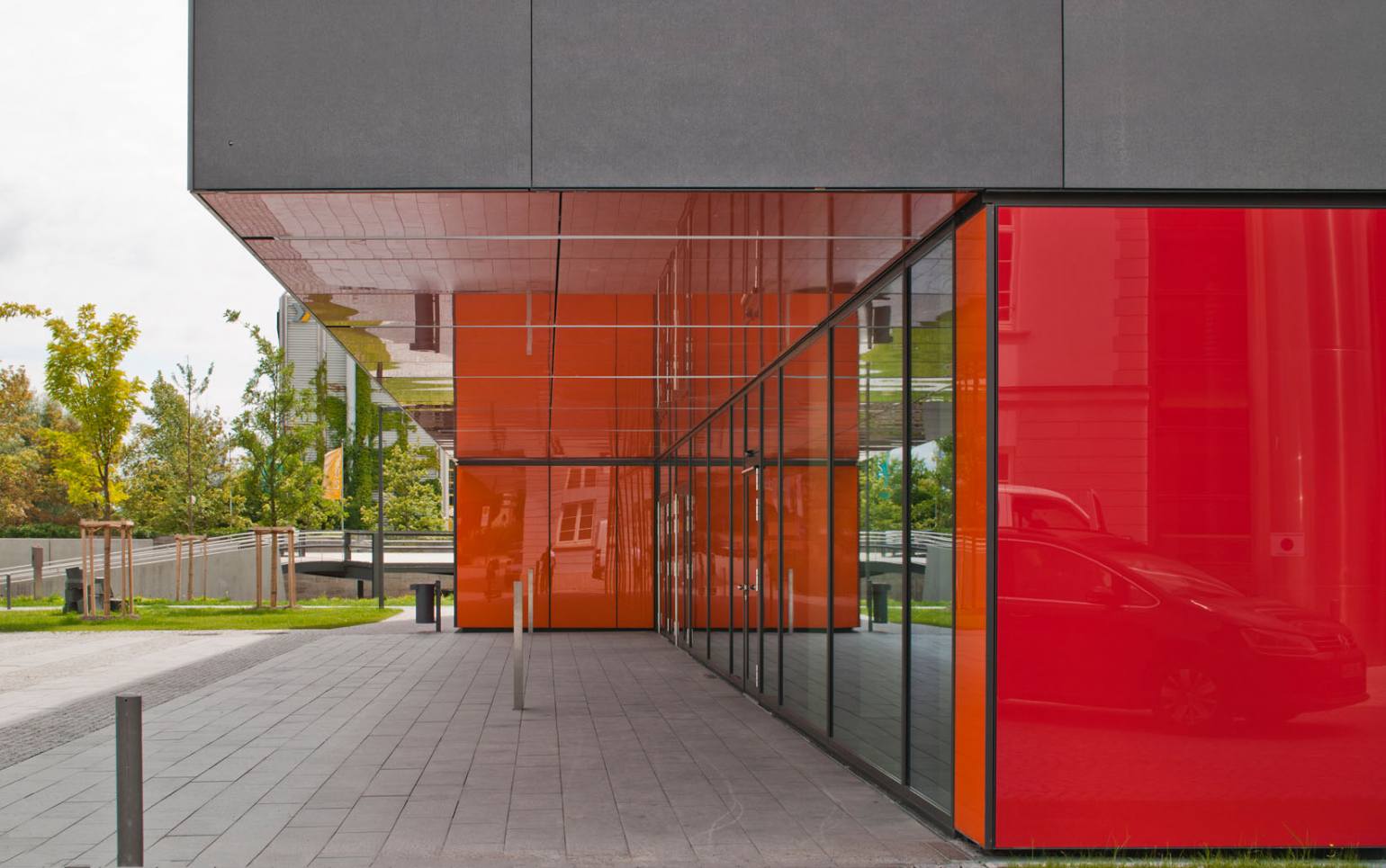 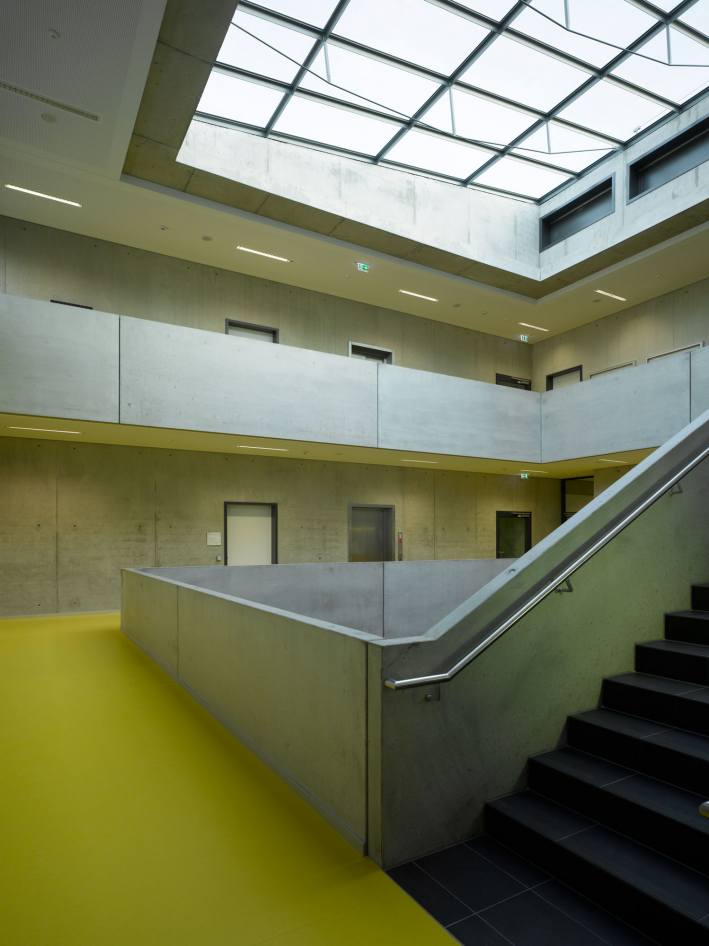 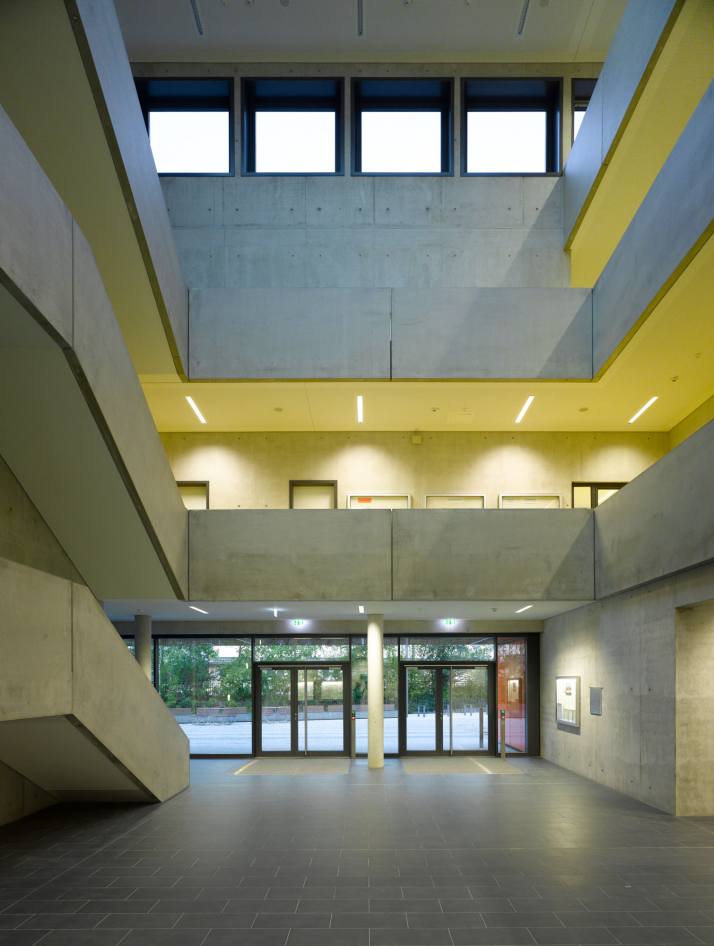 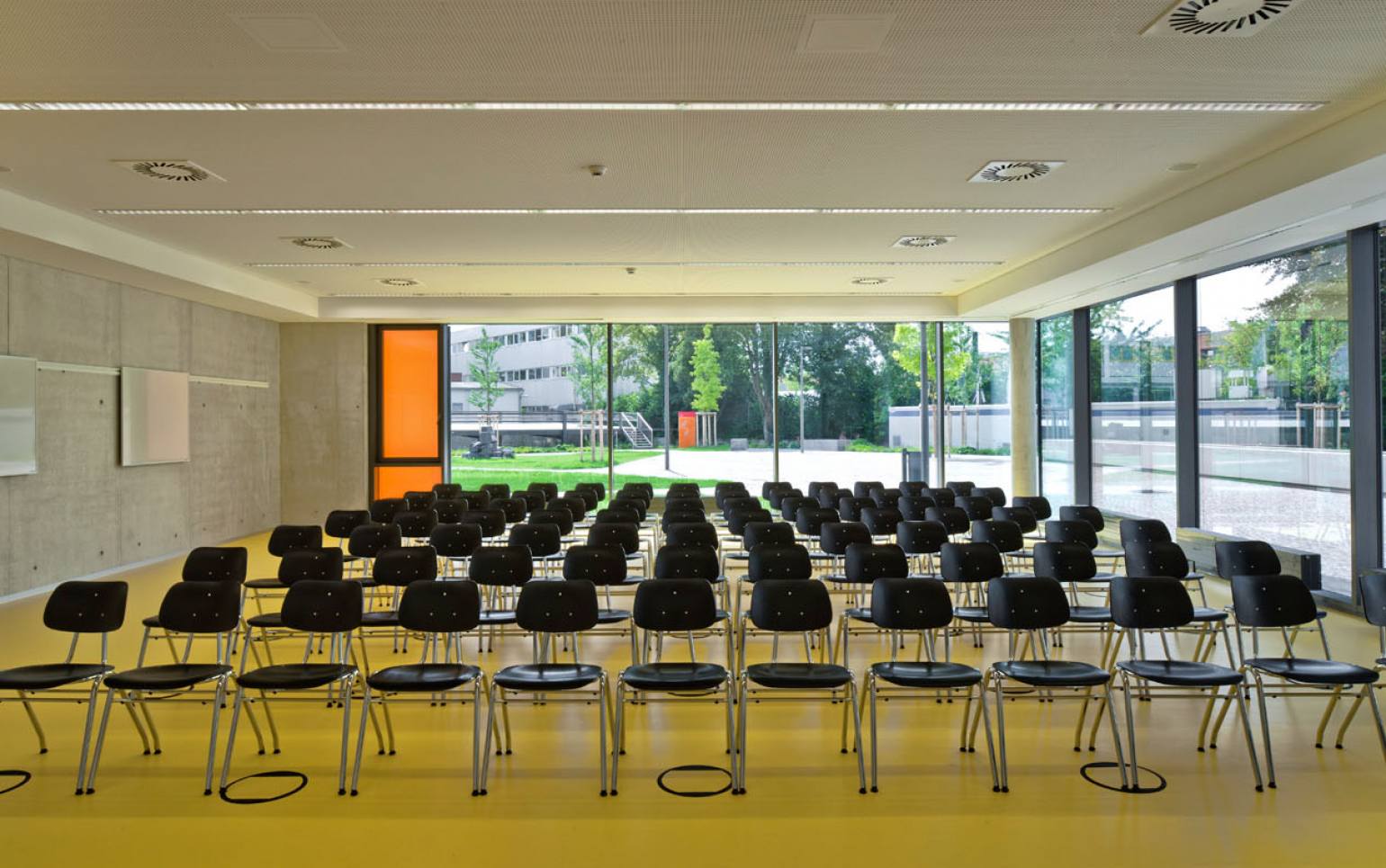 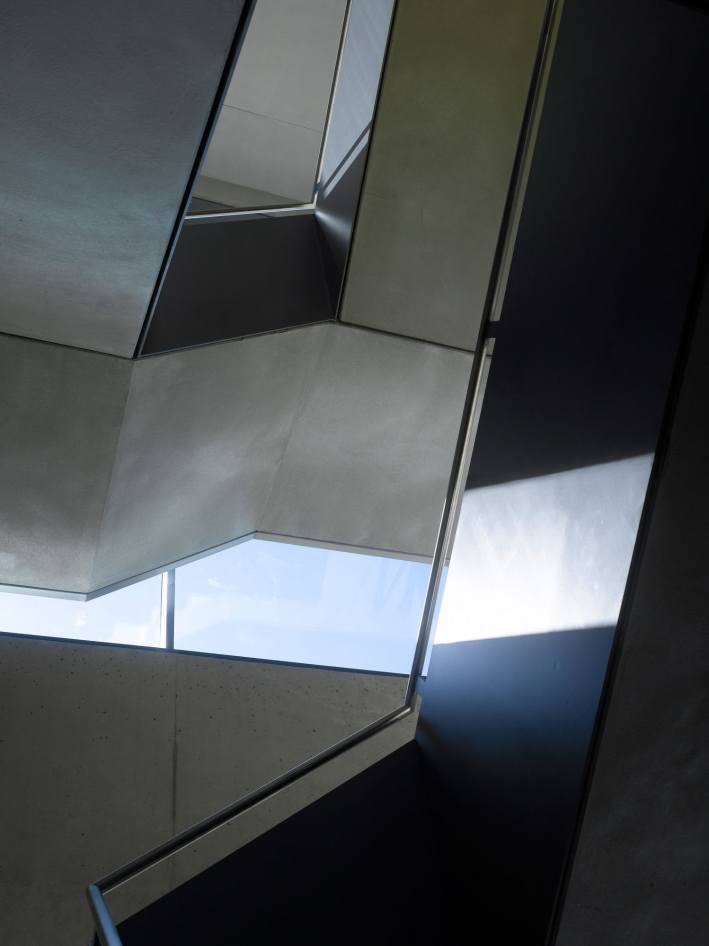 The new building for the Faculties of Business and Computer Science at Augsburg University of Applied Sciences was created in the course of a second phase of construction on the premises of a former cotton factory originally built by Johann Heinrich von Schüle, known as the "Schüle´sche Kattunfabrik". It contains lecture theatres, seminar rooms and offices to serve 1,200 students. In line with the urban development concept, the new and existing university buildings form an orthogonally aligned building ensemble.

The compactness and sculptural shape of the new construction are a response to the neighbouring baroque architectural monument and the strict geometry of the glazed wing structures created during the first stage of construction. At the same time, the solidity of the building reflects the surrounding residential and commercial architecture, while the predominantly glass ground floor introduces an element of lightness and openness.

The reduced façade design is continued in the restrained materiality of the entrance hall and the workshop-like character of the interior spaces. A sky-lit, four-storey atrium functions both as entrance area and stairwell, with circling corridors leading past a pool with water, and on to lecture theatres and seminar rooms of various sizes, professorial offices and a roof terrace.

The route is structured by diverse inward and outward views, as well as different light atmospheres. Corridors become wider, turning into open areas for study, while also forming secluded corners for private conversation and providing spaces for informal communication. A vibrant world of learning is created by an interplay of light and reflection of colour, an alternation between transparency and opacity. In this way, the place of study also becomes a place for togetherness, thereby establishing a sense of identity for the two faculties.