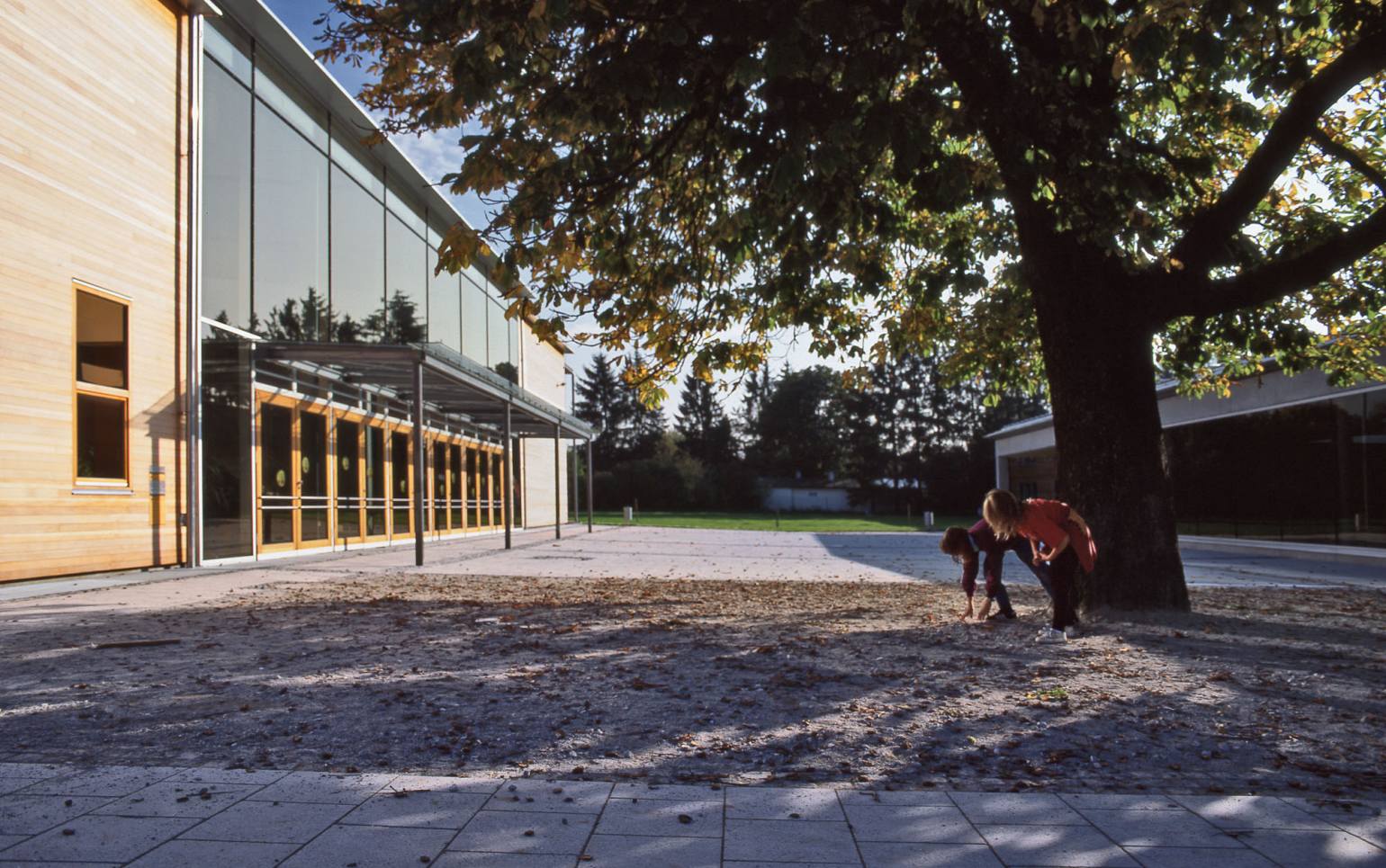 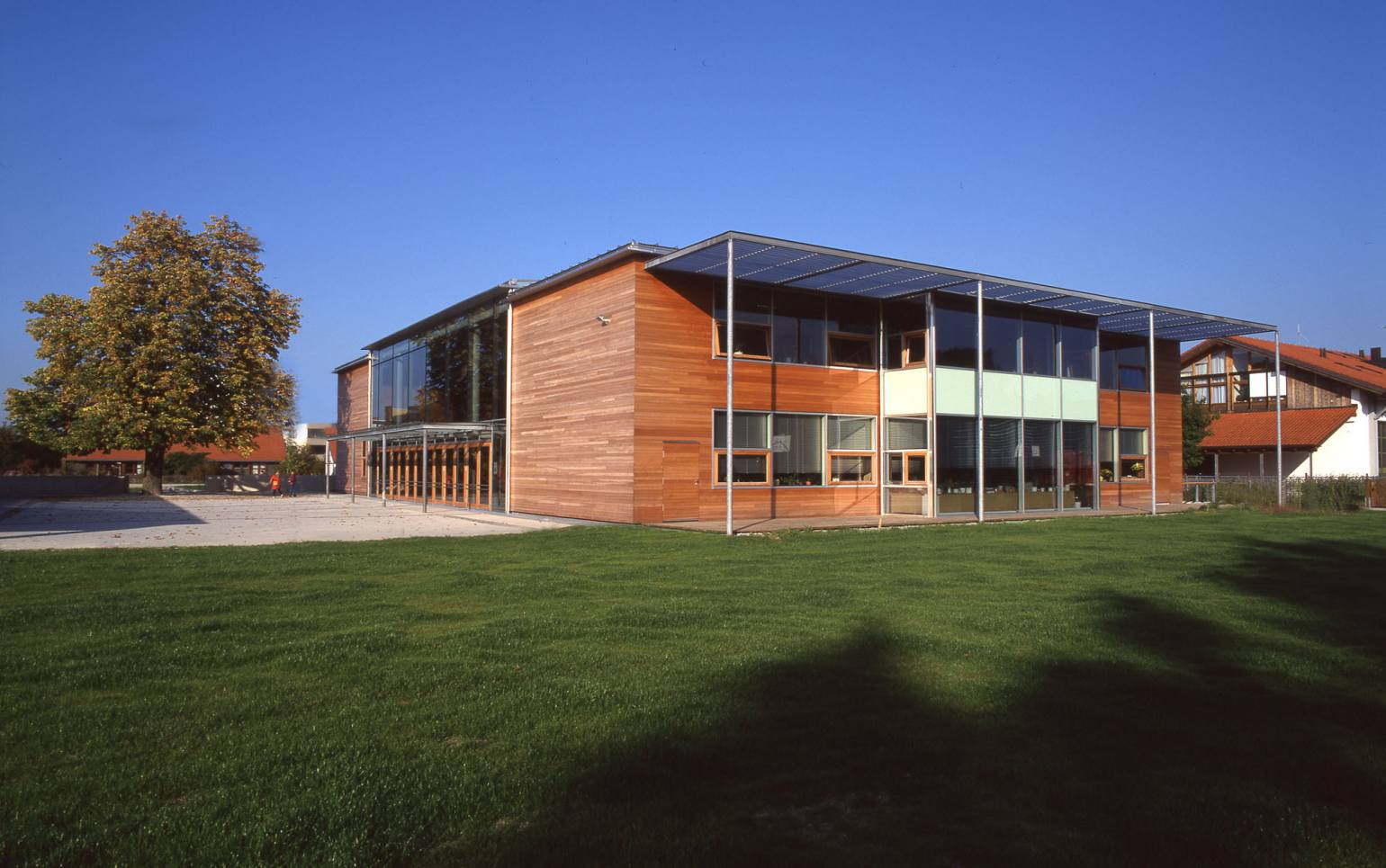 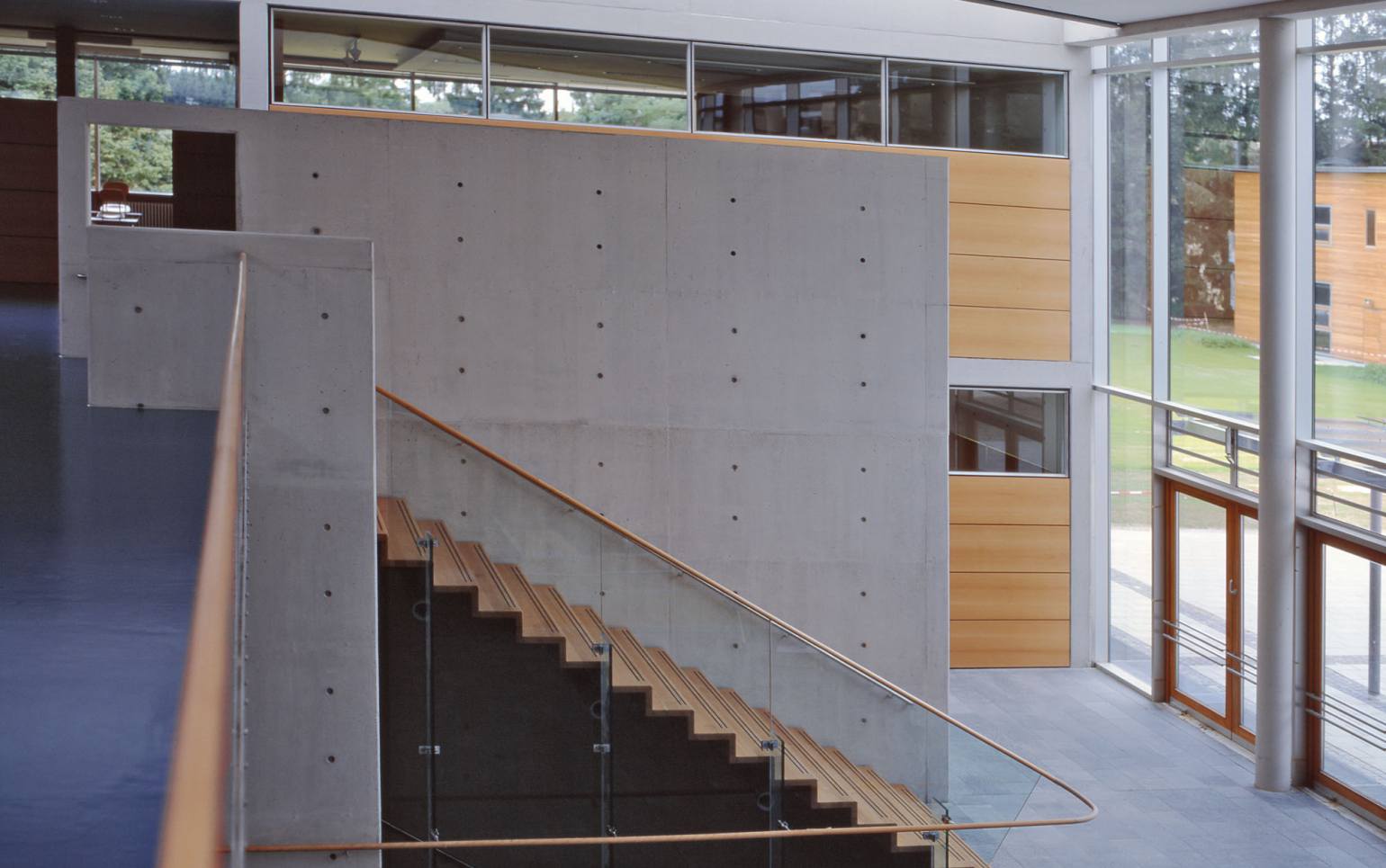 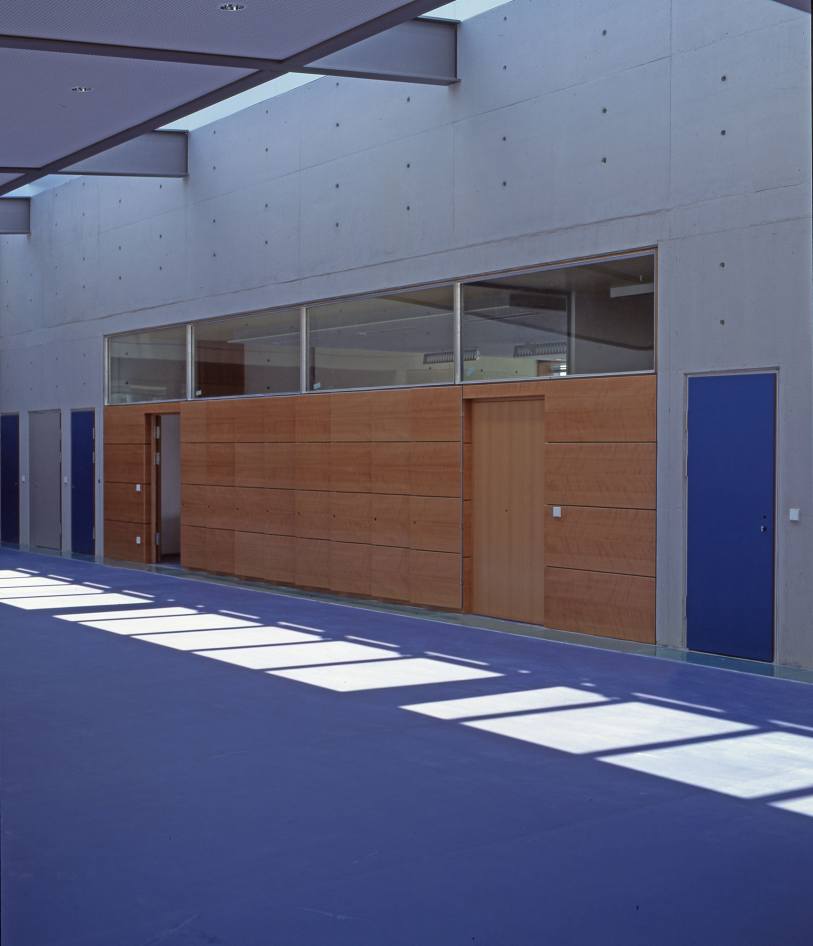 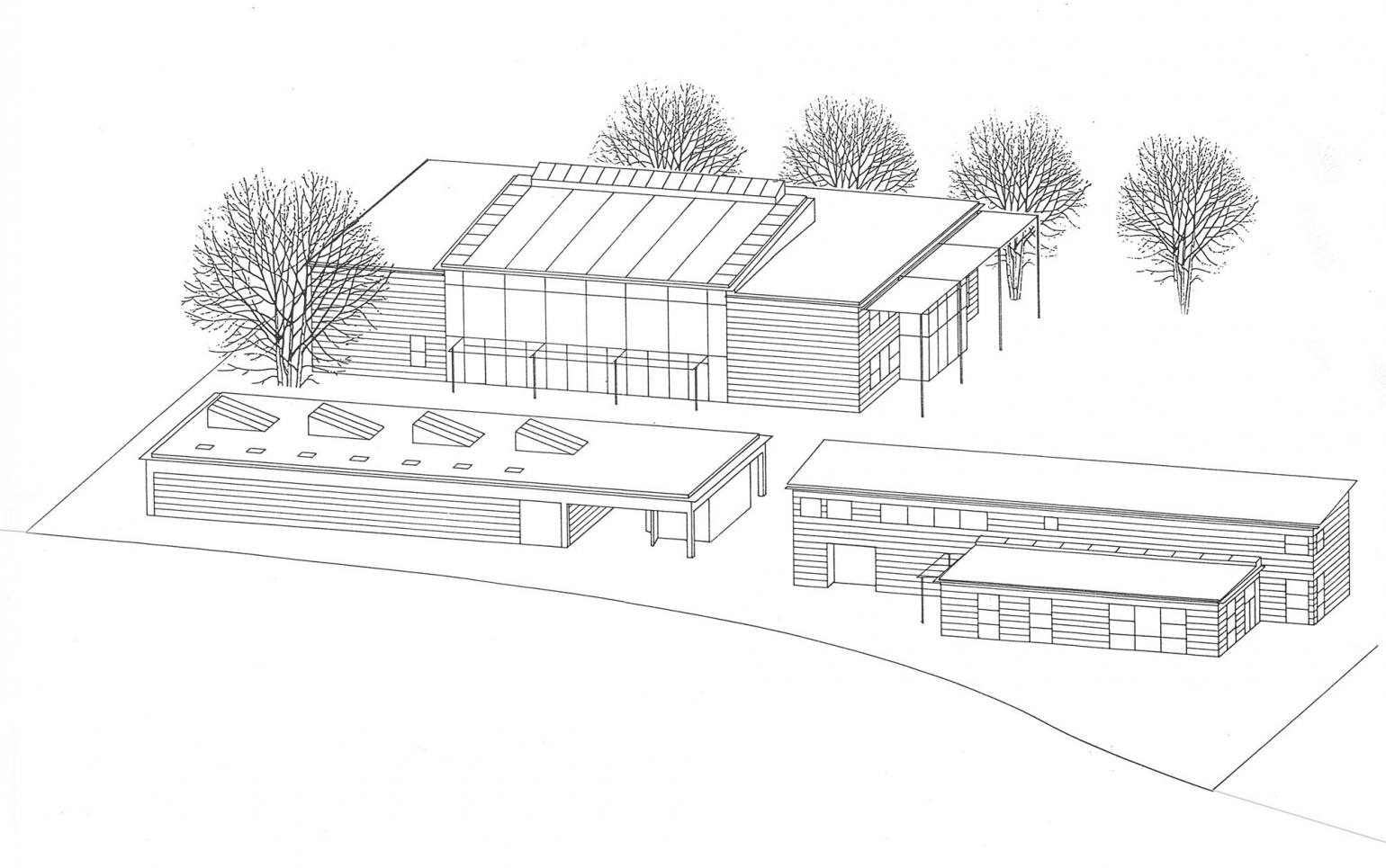 The concept of the design of the primary school is based on a quotation by the American architect Louis I. Kahn: "Schools began with a man under a tree, who did not know he was a teacher, discussing his realisation with a few, who did not know they were students."*

These words impart the single tree standing on the school grounds in Martinsried with a symbolic significance and also explain why the chestnut tree is the focus of the design of the school complex. The sports hall and school building are located opposite to each other, enclosing the schoolyard dominated by the chestnut tree. Classrooms are arranged in a U-shape around a two-storey entrance hall including gallery, which opens up towards the schoolyard across its entire breadth.

The assembly hall is the heart of the school building, a place to come together and to part. Views in many directions facilitate easier orientation of the students allowing them to settle in more quickly. The roof support structure of the semi-lowered sports hall next to the street looks like a large "table", separating school space from public space, while at the same time leaving open a large entrance to the schoolyard and school.

Essential design themes include simple materials, spatial order, colour and light effects, surface textures, and visibility of the fair-faced concrete supporting structure. The utilisation of simple and comprehensible constructions and materials allows the children to develop a personal relationship to the school as a learning environment and to an architectural structure. Informal and comfortable spaces to learn, live and grow in have been created.